…and what these stats can teach you about maximising your return on marketing investment. It’s 2020. There’s a smartphone in (almost) every pocket. Digital ad revenue skyrocketed 14.9% in 2019 alone. And users carry out 3.5 billion Google searches every day. It’s clear digital is fast becoming the best way to connect with customers… …yet many businesses just like yours still 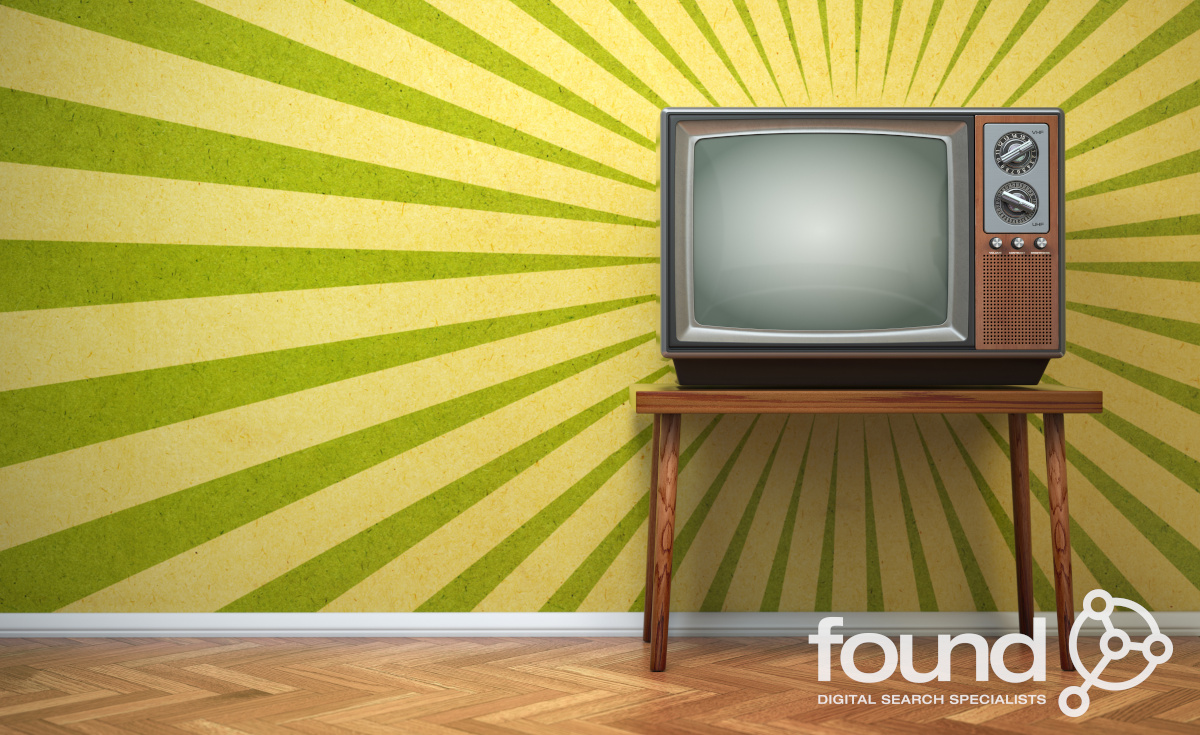 …and what these stats can teach you about maximising your return on marketing investment.

There’s a smartphone in (almost) every pocket.

And users carry out 3.5 billion Google searches every day.

…yet many businesses just like yours still rely on traditional marketing channels like radio and television in order to reach an increasingly digital audience.

Why? Because it feels safe, comfortable, and familiar. It’s also holding your business back. So now’s the perfect time to take a closer look at the digital stats, facts, and figures such as those we’re exploring today.

In today’s climate it’s clear that now more than ever your audience exists online.

The question is…do you? 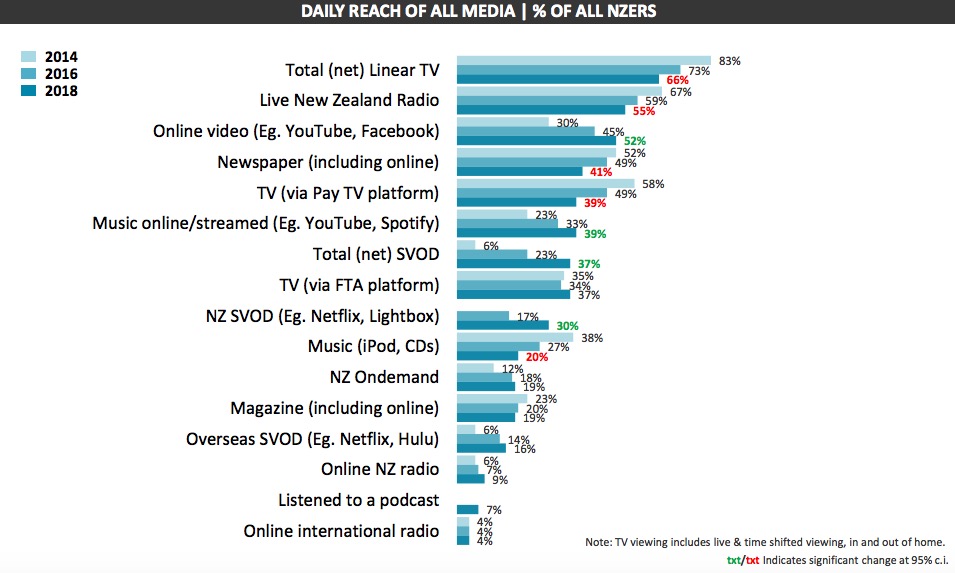 Every year, Adobe and Econsultancy take a look at trends in digital marketing.

One recent survey highlighted the change in thinking of marketers worldwide.

The Digital Trends Report found that 52% of marketers feel you don’t need to use television to reach a mass audience. Skip television? It’s madness, right? Yet the more you break down the stats, the more sense it makes.

In fact, recent surveys have shown:

Now more than ever your audience is online

Once upon a time, audiences had to sit through every over-acted infomercial.

Nowadays? The stats show that they’re moving online, skipping the ads, and tuning out of regular television broadcasts. That’s a lot of television advertising that’s being skipped with the press of a button.

That’s also a lot of marketing dollars wasted at the hands of impatient audiences.

So how do you adapt to this fast-changing landscape?

That brings us nicely to our next stat… 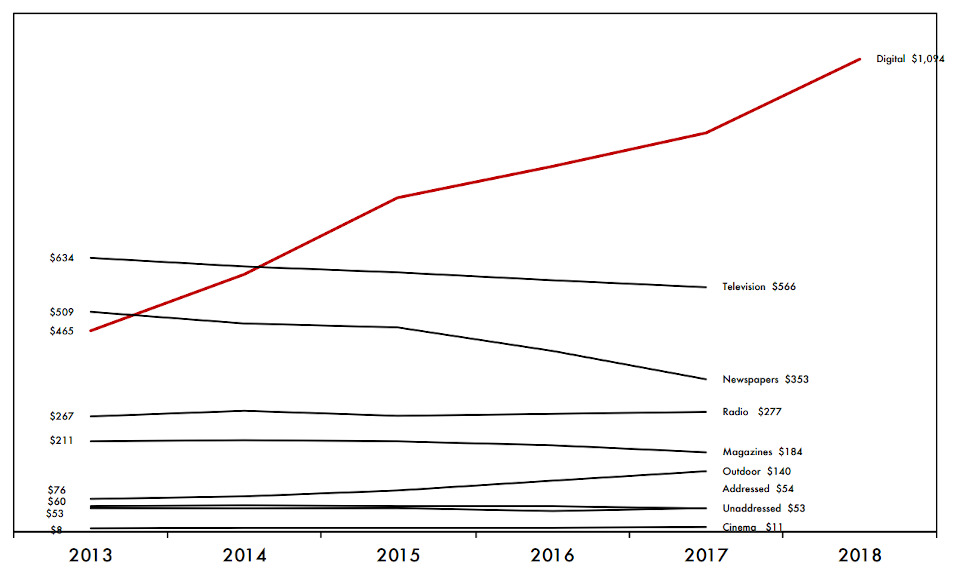 Kiwi businesses aren’t resting on their laurels in the face of an impatient audience.

In fact, they’re already pivoting to meet this demand…

…and so should you!

It doesn’t end there:

Marketers recognise online is the place to be

Businesses are shifting budgets away from traditional media.

Instead, they’re opting to back digital and search marketing channels. Why? As the numbers show, it’s where purchase-ready customers are most likely to be found. As we’ll discuss shortly, it’s also the most cost effective way to generate leads, enquiries, and sales.

With global TV advertising sales falling almost 4% in 2019 – the steepest drop since the global recession – the shift to digital is showing no signs of slowing down.

So if you aren’t considering your digital options…

…you’re losing your competitive edge to those who are. 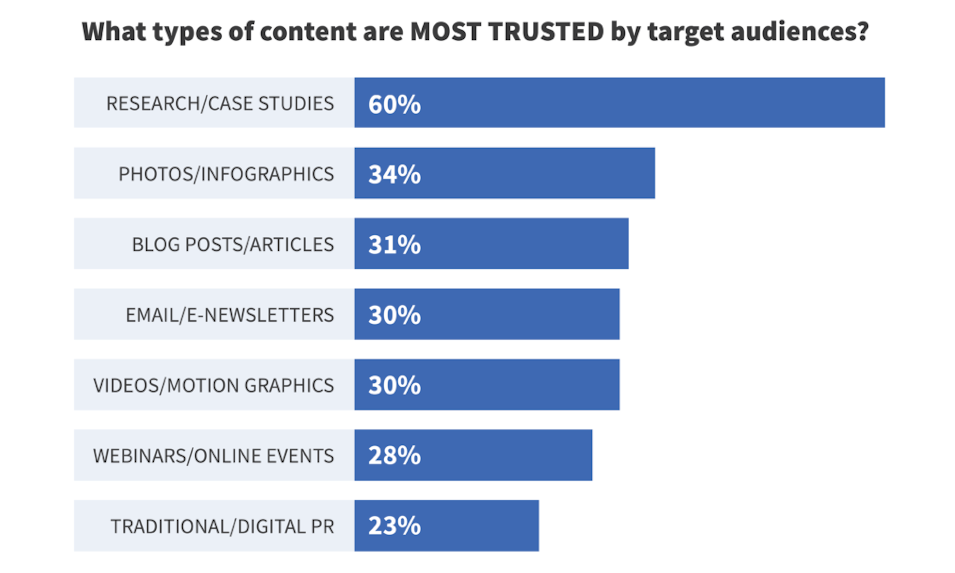 The stat? A 2014 survey by The McCarthy Group found that 84% of millennials don’t trust traditional advertising. Nowadays people are more likely to jump online to research their next purchase via blogs, videos, and reviews.

They’re far more likely to trust your online advert instead:

Digital channels are the trusted source of the new generation

In the advertising world, the smallest % can make a big difference.

That’s why it’s vital to invest in channels your audience use and trust.

It’s also an indicator that you need to be creating the right kind of content in order to maximise these benefits. The true power of digital marketing is found in creating content that people trust and then sharing it via the channels they use most.

Television advertising can be expensive.

Sure, you might not be paying $5m a minute for an Ad during the Super Bowl…

…but even short TV spots between lesser-known shows can hit your marketing budget pretty hard.

Returns on digital marketing are traceable and measurable

For a fraction of the cost of other channels, your business is able to utilise all the features of online marketing – from SEO through to content marketing and AdWords – to attain a much higher return on investment.

Advertising channels like AdWords for example are pay-per-click, meaning you only ever pay when someone actually sees – and interacts with – your ad. More than that, they only see it when they’ve searched using a relevant term.

They aren’t just anybody watching their television.

They’re someone – a potential customer.

Which brings us to…

Video is a powerful marketing tool.

All at once it’s eye-catching, attention-grabbing, and communicates not just any story but your story in a way few other forms of marketing can. It’s why so many businesses still pursue television advertising.

Would it surprise you to learn that online advertising campaigns do it better?

In fact, they’ve achieved a 4 times higher ROI than their TV counterparts.

Digital is proven to make you more, for less

A case study by Gfk NOP showcases not just the power of online and digital marketing, but how fast it’s growing. And how important a part it can play in your business’s marketing campaign!

The campaign in question is Cadbury’s “Chocolate Charmer”.

Check it out below:

Cadbury ran a cross-media campaign to promote its Dairy Milk brand, which covered TV, online ads, and YouTube promoted videos. Of these, Cadbury saw its online sector generate 20% of the sales and recorded an additional reach of 19%.

Here’s the kicker – Cadbury only invested 7% of its budget into online advertising.

Digital is taking on radio, print, and other traditional marketing too

The stats above are impressive…

…but digital isn’t just winning out against television.

In fact, it tends to outperform traditional marketing in all its forms.

People are going digital, is your marketing following them?

From Search Engine Optimisation (SEO) through to content marketing…

…the stats we’ve explored today highlight that digital marketing as a whole is fast becoming one of the most cost-effective, reliable, measurable ways to reach your target audience.

What to do next…

So back to that original question…are you following your audience online with your advertising? It’s never been easier! Start with any number of our guides, or get in touch and discover how Found can help maximise your leads and sales.

17 ways to grow sales and smash it!
Get a competitive advantage, grab your FREE copy now.
Download