Penguin 2.0 Google Update – Does it matter? 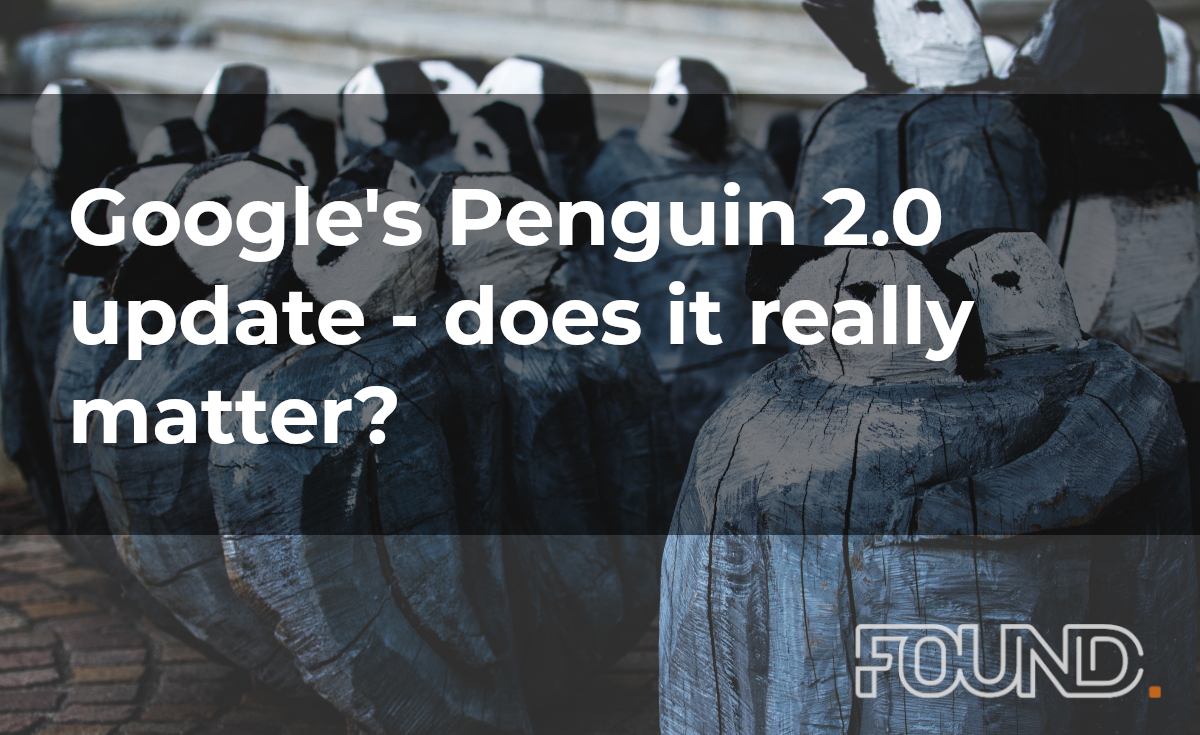 The answer is: It shouldn’t matter – If your internet marketing company is playing by the rules.

With the Penguin 2.0 update having only just occurred, another 2.3% of English search queries have been affected. Website’s which are detected to fall outside the Google Webmaster Guidelines are often victims of these algorithmic updates which Google releases to ensure a more relevant set of search results.

Matt Cutts: What to expect from Google’s next algorithm update

As the video by Matt Cutts states, a number of things were addressed with the most recent of updates released by Google known best of all as Penguin 2.0. A successor of the Penguin (1.0) update which occurred in late April of 2012.

As the video suggests, the Pengiun 2.0 addresses the following:

Advertorials
Matt mentioned that websites who sell advertising and provide links to other websites should not be allowing Page Rank to flow. My take on this is that PR is generally a measure the level of authority or power a given website has in the search engine results. When PR flows from one website to another through a link, it is generally a natural endorsement. Paid links which pass Page Rank would therefore be seen as a manipulative way of increasing a websites authority through unnatural linking patterns.

Deeper Spam Targeting in some industries
Penguin 2.0 will attempt to address some industries which have traditionally been targeted more heavily through black hat and spam.

More sophisticated link analysis
This update will also try to deny the value of links from the more obvious of link spam.

Back tracking on unfairly hit websites
It’s important to note that with new updates which try to control the level of web spam, that there are always going to be websites which sit in a grayish area or on the border of what the algorithm deems to be signals of quality vs signals of lower quality. Penguin 2.0 will look at websites which might have been unfairly hit to some degree by previous algorithm updates, by analysing other signals which may portray levels of quality which previously were un-tested for.

Authority websites
This update will also provide more visibility to websites which are deemed an authority in a specific niche.

For businesses/websites who engage in a Search Engine Optimisation strategy which operates within these Google guidelines there is really no reason to be concerned with Google’s Penguin 2.0 algorithm updates.

17 WAYS TO GROW SALES AND SMASH IT!

Get a competitive advantage, grab your FREE copy now.

Found is a certified Google Partner.